The official book on Goldscheider ceramics was presented to the public at the opening of the big Goldscheider exhibition at the Wien Museum. With more than 4.000 models and 2.200 illustrations (on over 600 pages) it reveals many new aspects of the history of the Goldscheider family and their artistic works, incl. secret insights on Friedrich Goldscheider, Walter and Marcell as well as Arthur and the insane Camillo Goldscheider. The catalogue of works, list of artists (more than 500 biographies) and marks table (over 160 marks) are a reliable source not only for Goldscheider ceramics but for Viennese ceramics in general: 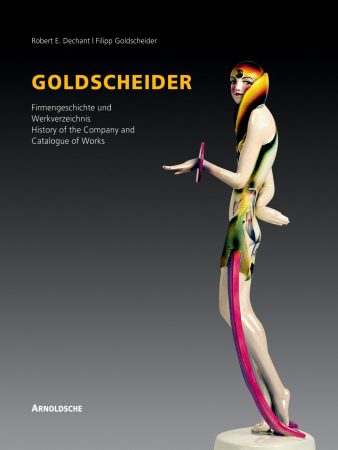 „This is the first book to cover the fascinating history and unparalleled production of the famous Viennese manufacturer Goldscheider. The company, renowned worldwide for its ceramics, faience, terracotta and bronzes…“

„The fact that this monograph has been long overdue is itself a major factor for the sake of the book and its success. But it is the wealth of information painstakingly and systematically assembled by the authors, namely Robert Dechant, a professional librarian who has devoted years of his life to the subject, combined with valuable personal contacts of Filipp Goldscheider, that should guarantee this scholarly researched book an instant and wide popular appeal.“

The book is bilingual in German and English. Reserve your copy of the official Goldscheider book now at Arnoldsche Art Publishers, your bookstore or get a signed copy directly from the author – please ask at book@goldscheider.de for price and shipping conditions!

History of the Goldscheider Manufactory 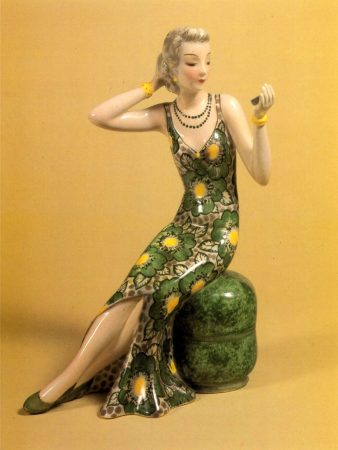 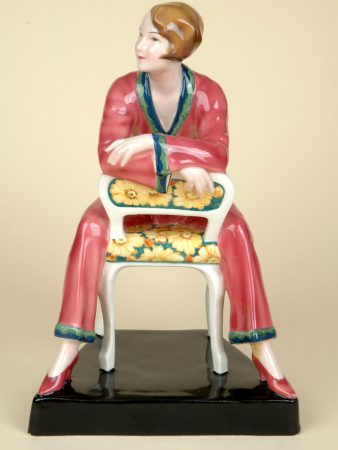 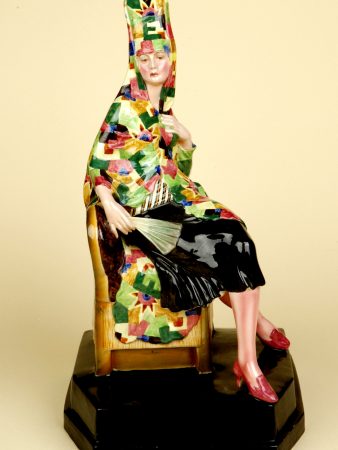 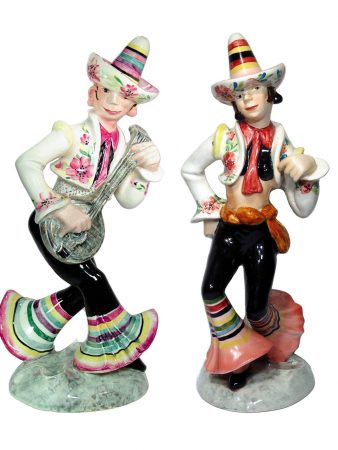 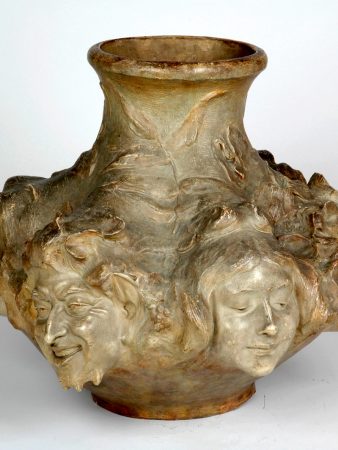 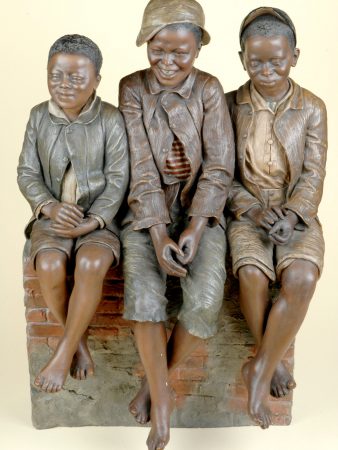 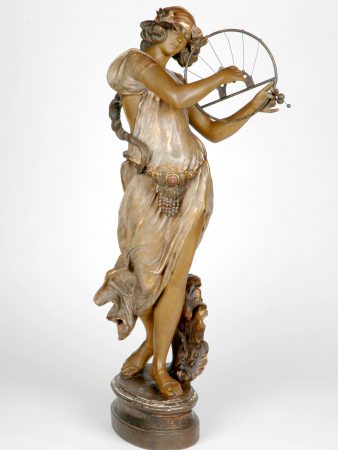 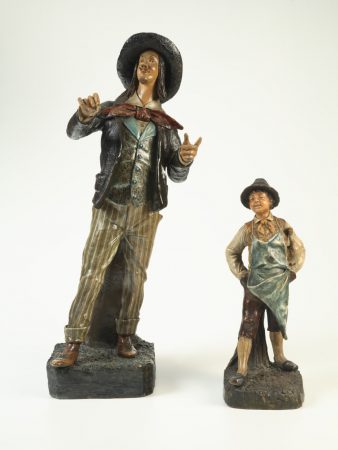 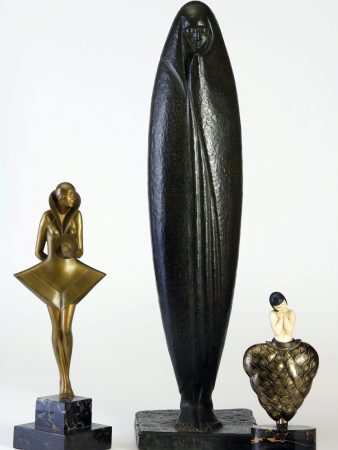 The combination of the highest artistic quality, innovation and business acumen resulted in an enormously successful international production lasting well over half a century. Goldscheider succeeded in attracting both the famous, highly acclaimed artists just as the young innovative ones and is rightly regarded nowadays as one of the most remarkable and prolific manufacturers of the 19th and 20th century. Well-known sculptors and ceramists like Walter Bosse, Demètre Chiparus, Benno Geiger, Josef Lorenzl, Ida Meisinger, Michael Powolny, Susi Singer, Arthur Strasser, and many others designed and created most desirable models for Goldscheider throughout the periods of Historicism, Art Nouveau and Art Déco.

The „Goldscheidersche Porzellan-Manufactur und Majolica-Fabrik“ (Goldscheider Porcelain Manufacturer and Majolica Factory) was founded in 1885 by Friedrich Goldscheider in Vienna. Within a short period of time Goldscheider earned wide international acclaim together with notable awards and established itself as a leading ceramic company first in Vienna and soon throughout Europe. With international branches opening in Paris, Leipzig, Berlin and Florence Friedrich’s sons Walter and Marcell were able to further expand the business in the 1920’s and 30’s.

Goldscheider was setting the standards and style for Art Déco ceramics with an enormous success all over the world – creating some of the most beautiful and striking models which continue to be very much in demand to the present day. Only the rise of Hitler and fascism could have halted the unique artistic and business achievements of the Viennese family. After the Aryanization in 1938, the progressive ceramic maker Walter Bosse, who learnt his trade at Goldscheider, attempted to save the firm and run it under his name. The Nazi regime however appointed its protégé Josef Schuster from Munich. His production depended mainly on the already well-established models that had only the manufacturer’s name changed. His small „original“ production could not be compared to Goldscheider by any standard and slowly spelled the end of a major European force in ceramics.

The Goldscheider family fled Austria, and settled in England and in the US, where they swiftly continued the production of ceramics. Marcell Goldscheider manufactured under the family name in Staffordshire, UK. Walter Goldscheider built a successful US business, but eventually returned to Vienna in 1950 to revive the Austrian company. The heritage of the war and Schuster’s failures could not have been overcome and thus three years later Walter had to close down his family business. He sold the license for the worldwide brand name Goldscheider to the German company Carstens, which produced ceramics until 1963. Finally, almost 25 years later, Friedrich’s great-grandson, Peter Goldscheider, produced a limited amount of figures and applied art objects in Stoob, Austria. And that was also the last time that the public had a chance to buy original pieces made by the Goldscheider family.

Altogether Goldscheider produced a staggering figure of more than 10,000 models. Its immediate and long lasting worldwide success was due not only to professional management and international market orientation, but most of all to the timeless beauty and quality of many of the pieces. Goldscheider items are eagerly sought after by collectors and investors all over the world. They are sold by major auction houses including Sotheby’s, Christie’s, Dorotheum, Drouot and dozens of others ranging from the United States to United Kingdom, South Africa and Australia. Furthermore, eBay is playing a major part here with thousands of auctioned lots.

Feel free to contact me if you want more info on Goldscheider objects or artists. Just send an email to book@goldscheider.de and I’ll be happy to answer your questions regarding Goldscheider ceramics.

SORRY, BUT: Due to the overwhelming amount of inquiries, I have to charge a small fee if you want detailed information on a Goldscheider object. The price varies between 10-100 Euros, depending on the object.